Moderate weather to start the event will ease runners into the warmer temperatures expected for later in the week. On a scenic but rolling course, we saw some fantastic times today.

Winners today are defending champion Rob Brouillette (1:14:01) and Angela Batsford-Mermans (1:30:28) for the Ultimate division, and H+P Women’s A (Gillian Willard, 1:29:23) in the Relay. In the context of historical rankings, Rob’s time is 4th and Angela’s 10th for Ultimate runners, and Gillian’s time is the fastest ever Stage 1 for an all-female team.

» Check out the full results «

Congratulations to all participants. After the Half Marathon, you are now 13% of the way towards the 160 KM of ENDURrun. Rest up and enjoy this estimated start order for tomorrow’s 15 KM Time Trial. 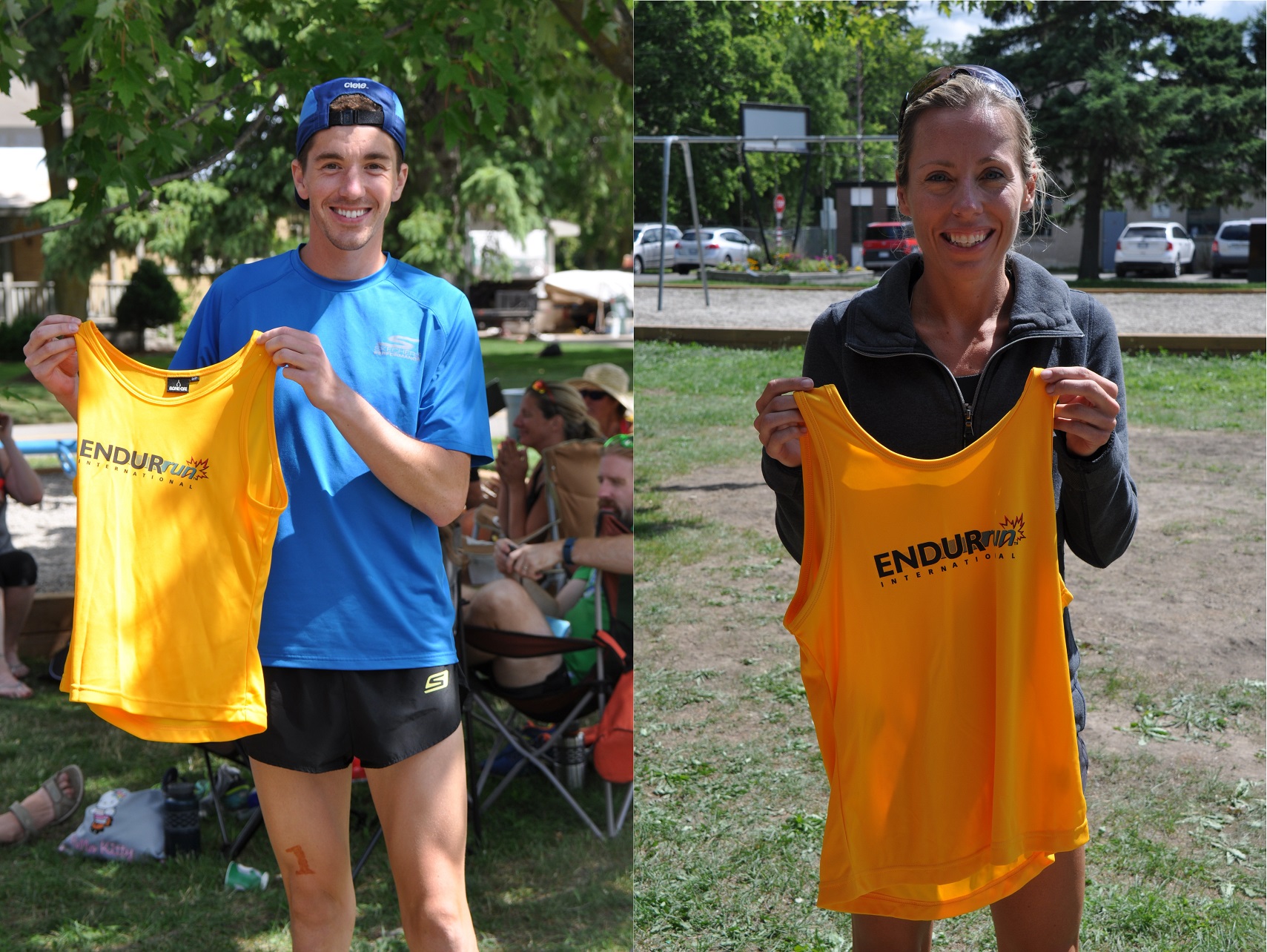 This is Angela’s first gold jersey. Membership in the Golden Club does not expire, which entitles members to wear the gold jersey in Stage 1 for any future ENDURrun. Rob is relieved to have a second one to add to his laundry cycle!