The second Stage of ENDURrun is a cycling-inspired time trial. 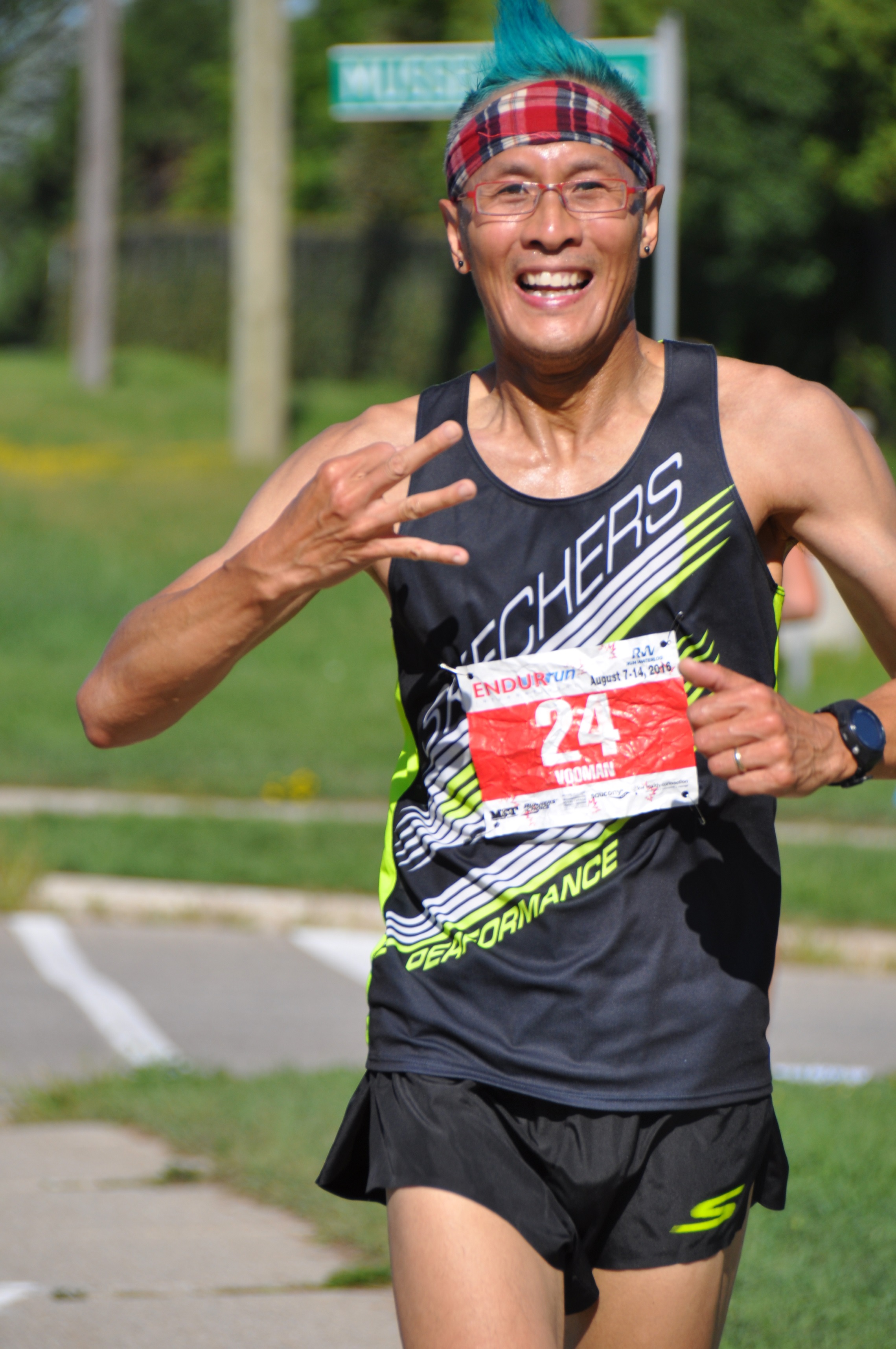 At this Stage, runners start individually and chase those ahead of them for 15 kilometres of flat country roads. It leads to solo efforts and exciting finishes!

Our gold jersey wearers, Angela Batsford-Mermans and Robert Brouillette, each won their division today and extended their cumulative leads, as did Erin McClure for the H+P Women’s A Relay team.

All of today’s results  |  Current cumulative results after Stage 2

Three men in the Ultimate field did not start today: Stefan Gudmundson (former champion), Derek Hergott (withdrew due to injury for the second straight year) and K. Bill Dost (who we hope to see at later stages this week!) Ultimate competitors who withdraw are welcome to run further stages as Guest runners, although they are ineligible from future Ultimate rankings that year.

Ultimate participants gain an increasing sense of comfort after the second stage. Stage 3, the 30 KM cross country course, is the first true test of ENDURrun.