Stage 7 is the finale of the “8 Days, 7 Stages, 160 KM” ENDURrun. At the end of a long week, a full marathon is a true test where anything can happen. With close standings among many of the Ultimate men and some highly competitive relays and women, the race was bound to be interesting. 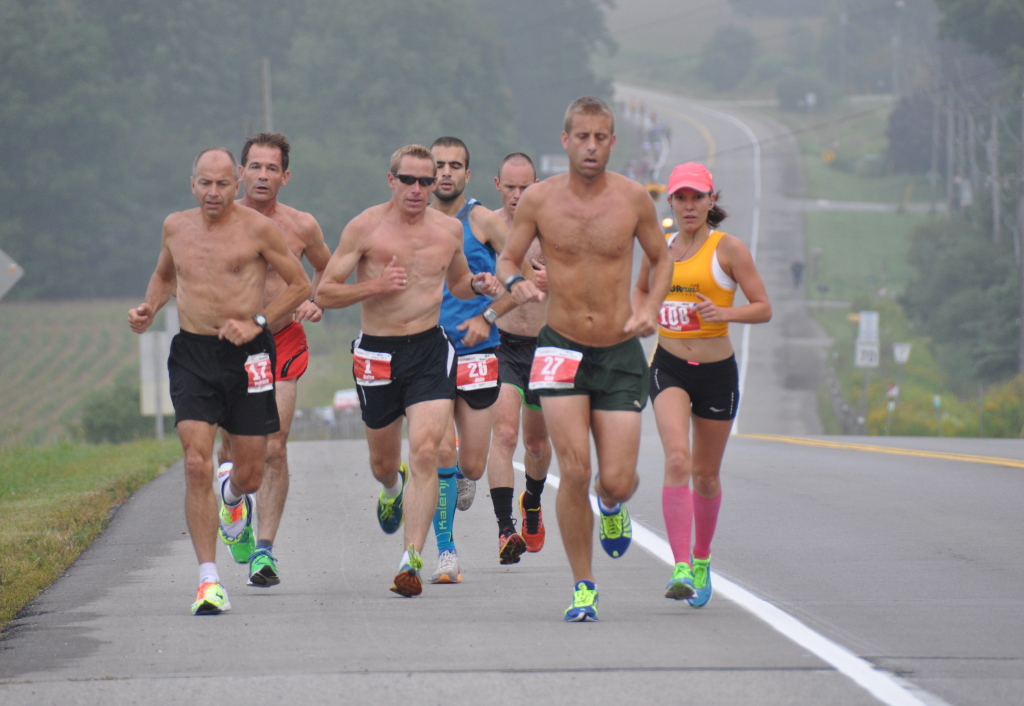 Sixteen athletes started at 6am, in order to finish before noon, while the rest of the field took off at 7:30am. H+P Men’s A1 relay runner Rob Brouillette quickly put a significant gap between himself and the field, coming through the half already five minutes ahead of Matt Leduc. Behind him was a pack of the same six men who have been working together all week, along with Mindy Fleming, all on pace to break three hours. Vicki Zandbergen was hot on Catherine Kelly’s heels, in a battle for third.

H+P Women’s relay runner Jessica Kuepfer took a page out of teammate Gillian Willard’s books: pacing off Holger Kleinke in hopes of a PB. The majority of the field found at least one other person to work with over the first 21.1km loop, before spreading out more in the second half of the race. 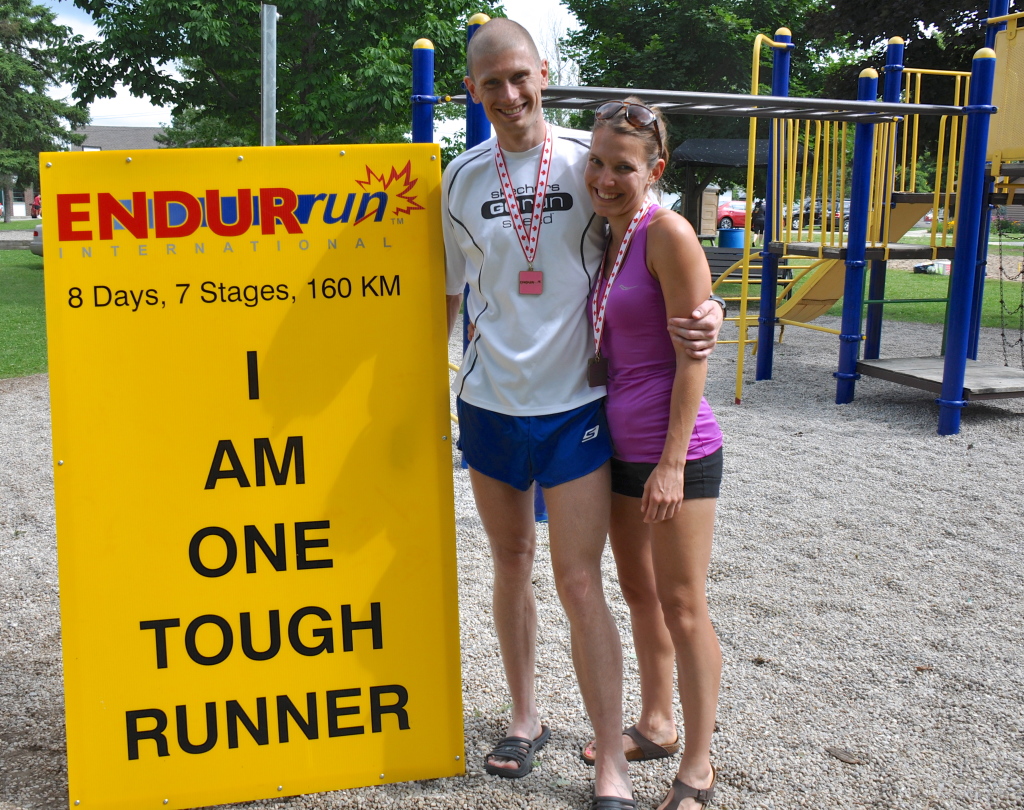 In the end, Matt Leduc protected his lead and won the overall competition in a time of 11:07:53, despite finishing second today. “Dark Horse” Stefan Gudmundson pulled out the surprise victory with a huge PB of 2:55:13 to Christian Belair’s 2:56:37, meaning Christian was able to hang on to his third overall finish by just seven seconds! Patrick Kelly maintained his position in the overall results (second) by running an impressive sub-3 hour marathon. Mindy Fleming placed first in the stage and the ultimate competition, with a total time of 12:30:12. Angela Batsford was second today and overall, while Vicki was able to overcome an 18:18 deficit to grab third in the cumulative results. In the relay competition, Rob was able to hold his impressive pace for a 2:41:37 PB, completing H+P Men’s A1 team’s wire-to-wire win with the fourth fastest all-time relay time. Congratulations Matt and Mindy on your Ultimate wins, as well as the other finishers. You are 41 Tough Runners!

For some context, here are Matt and Mindy’s times compared to all winning times in the history of The ENDURrun.

Of course, this race would not be possible without the incredible volunteers and runners. To the entire ENDURrun community: thank you! We hope to see you again next year!